Introduction to the topic of digital expansion of reality

A blog series to introduce the topic of digital expansion of reality.

We’re starting a new blog series with new perspectives, in every way. More precisely: it will be digitally expanded perspectives that offer us an insight into the design of new working environments and ways of working. With the blog series “The edge of reality” we summarize in 5 parts, insights into the digital expansion of reality.

In the next five months you will get insights into the following topics:

Part 2: How is XR designed? Focus on graphical user interfaces

Part 3: How is XR designed? Focus on multi-sensor technology, ergonomics, and UX

Part 4: Where is it worth using XR?

Part 5: Alphagate and the new reality – we have implemented these projects

“Reality has always been too little for the human imagination.
We always try to exceed this. ”
Brenda Laurel, virtual reality pioneer

Extended Reality
When reality suddenly can do more than we imagined

The term Extended Reality (XR) has recently been circulating in various forums and platforms and now also with us. But what does this term contain? “Extended Reality” is the umbrella term for all technologies with the help of which we can digitally enrich, expand or simulate a reality. The term XR not only unites the currently developed technologies, among which we include augmented, mixed, and virtual reality, but also all future technologies and devices that allow us (will) to see the bigger picture of reality.

The first technical developments in the field of three-dimensional vision go back to the year 1838 when the physicist Sir Charles Wheatstone developed the “stereoscope”. With his development, he confirmed the thesis of binocular vision – the theory that our eyes see a slightly different image and that is exactly what leads to our three-dimensional perception.

Ivan Sutherland, a specialist in computer graphics and one of the decisive VR pioneers, built the first headset for virtual reality in 1968 and convinced the space agency NASA of the promising potential of this still very unwieldy technology.

1987, virtual reality is mentioned for the first time in the “Oxford English Dictionary”.

Virtual reality (VR) is a purely computer-generated reality that is created by animated or motionless three-dimensional images. While using VR applications, the real outside world is no longer perceived, at least visually. The most common devices for experiences in virtual realities are special head-mounted displays, which we know as VR glasses. Two classes of VR devices are currently available on the market: high-end headsets, such as the Oculus Rift or the HTC Vive, which can be connected to a conventional PC, and headsets such as Google Daydream, Samsung GearVR, or Google Cardboard, which are made using common Smartphones work and are therefore much cheaper. Popular applications for VR can be found in the gaming and real estate industries, as well as in education and training purposes.

The augmented or enriched Reality “(AR) expands the reality with the help of a device such as a tablet or a smartphone and thus lets it come to life. This vibrancy is only limited to the device used, but the fact that devices such as tablets and smartphones are easily accessible to a large number of people means that AR applications can appeal to a broad audience.
A well-known example of an application that has established itself in the AR consumer sector is the smartphone game “Pokemon-Go”, in which virtual Pokemon are caught in your own environment via the smartphone.

With “Mixed Reality” (MR), the actual reality is enriched in such a way that the real environment merges with virtual elements to form a perceived reality. MR thus combines the characteristics of VR and AR and thus creates completely new application possibilities. Special data glasses / MR glasses are required for this special type of enrichment of reality. One of the examples of MR glasses is the Magic Leap One or the HoloLens from Microsoft. With the HoloLens 2, Microsoft has also used data glasses, especially for industrial requirements. 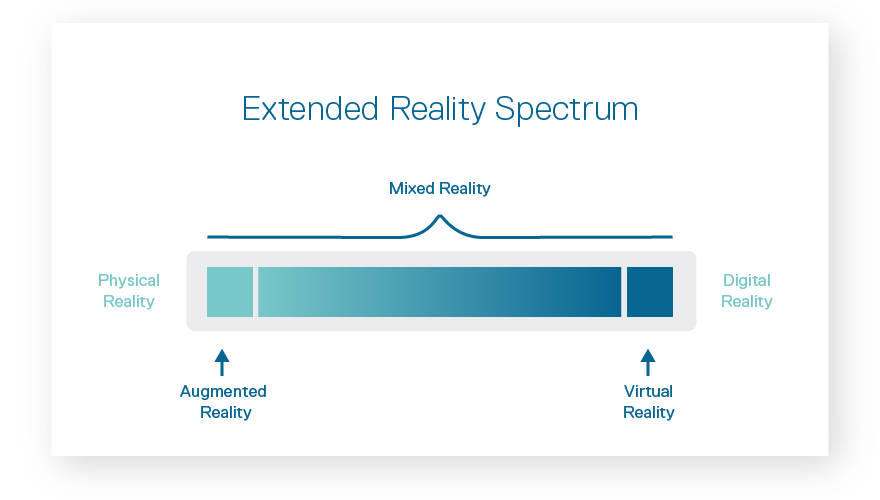 What are the differences and similarities between VR, AR, and MR?

What are the differences and similarities between VR, AR and MR?

As we have now learned, all XR technologies are about expanding reality with the help of virtual elements. Depending on what we want to achieve with our XR experience and what role the environment plays, a decision is made between using AR, VR or MR. With VR we have the opportunity to teleport a user into a completely new dimension / setting / action / place / world or to put them in training situations that would not be physically possible or would only involve a great deal of effort. AR gives us the opportunity to get help on site with regard to the current context and MR extends this possibility and also offers free use of the hands.

Outlook – you can read that in the next part:

In the next part of our blog series “The Edge of Reality”, we will take a closer look at the graphic control elements and what special requirements they have in contrast to a classic on-screen HMI.

This article was written by
Katerina Sedlackova  UX/UI Design
March 2, 2021 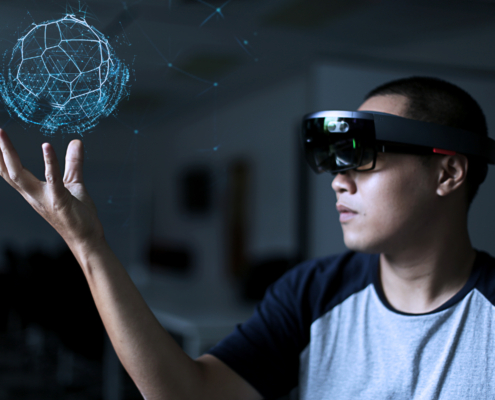 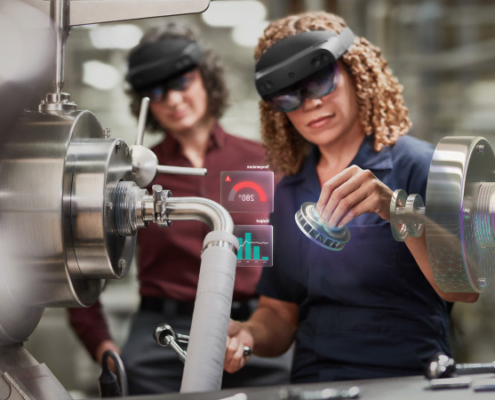 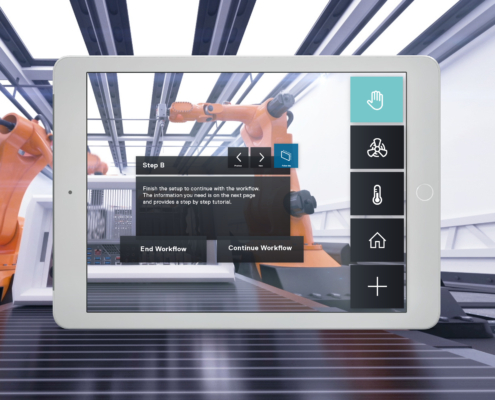 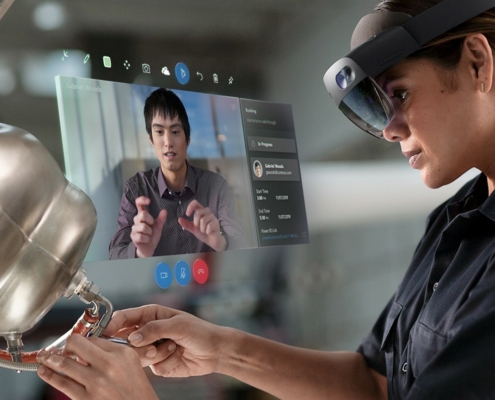 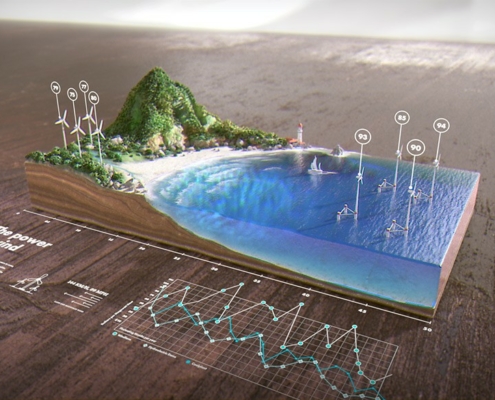 The edge of reality – Part 2
Scroll to top